The interest in continuous mixing and kneading is growing rapidly as food manufacturers seek new ways to increase throughput and product quality while keeping costs down. As a result, more and more food producers are asking themselves whether to go for batch or continuous mixing. Below careful comparision will help them define some pertinent decision factors to decide which mixing technology suits which production profile best.

BATCH MIXING means all ingredients are (manually) loaded into a mixer for duration until they are homogeneously distributed or mixed. After that, they are discharged and a new batch is being produced. Batch processing has been the chosen technology of the bakery industry for many years.  Even though a batch system is still the most widely used system, it might not be the best choice for your particular application.

CONTINUOUS MIXING works based on the first in first out principle, and is the process of continuously weighing ingredients directly into the mixing chamber and generating a continuous stream of mixed product at the exit of the mixer. The composition and the mechanical behavior of the product is constant at all times. Besides that, the process is characterized by a short residence time with low energy consumption.

THE RISE OF CONTINUOUS..

When the first Industrial bakeries came into being, batch mixers could satisfy the bakers needs and wants. However, as food demand grew so did the size of the food production factories and conclusively production output. The interest in continuous mixing is now growing rapidly as food manufacturers seek new ways to increase throughput and product quality while keeping costs down.

As a result, newer technologies can produce larger quantities of dough (up to 12.000 kg/hr) in one and the same system. These continuous mixing solutions are fully automated and require almost no manpower, have an accurate recipe control and a consistent product quality. You must be thinking..why didn’t we hear of this technology sooner?

The answer is that until around 20 years ago, the ingredient handling and weighing technologies were not advanced enough to feed the mixer at rates high enough to meet the demand of the continuous mixing process. The past two decades, this technology has advanced immensely enabling an extremely accurate dosing of seperate ingredients into the Industrial dough mixing system. Consequently, more and more bakeries question whether to choose batch or a continuous dough mixing system. 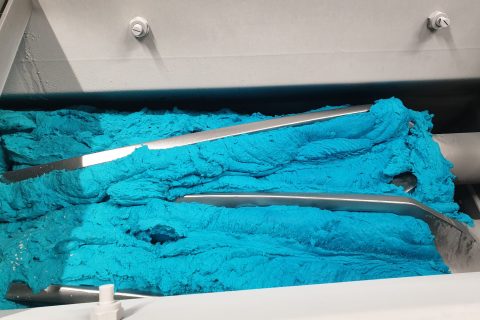 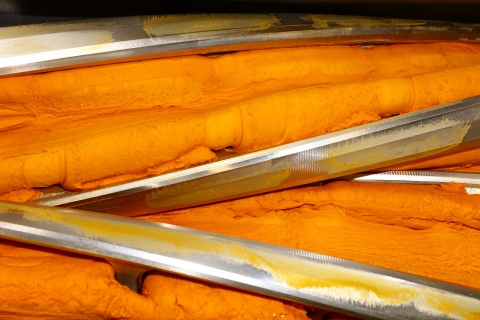 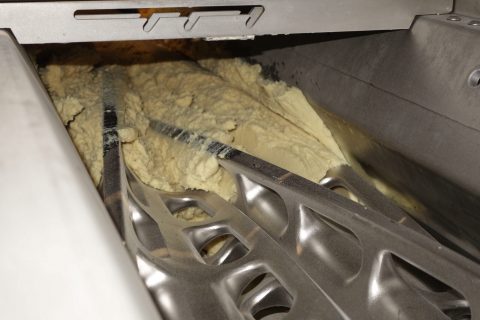 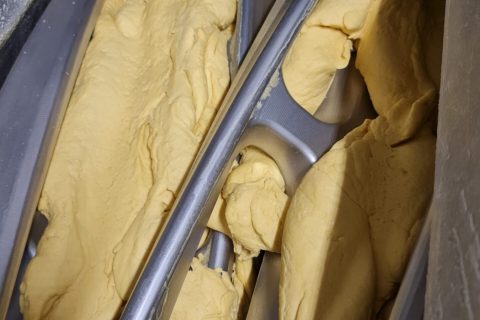 Batch mixing is seen as the most established and traditional way of blending raw materials – simply because these mixers were available when continuous did not exist yet. The development of improved mixing, controlling and metering resulted in continuous mixing systems that are reliable, easy-to-use and able to provide a consistent product quality.

However, dosing directly at the mixer (in case of a continuous mixing proces) results in greater automation and accuracy. Therefore, it is concluded that on the short term this might results in an higher initial investment but on the long term, due to improved consistency and a higher automation grade, in a lower cost of ownership.

Apart from the operational cost savings, many Industrial food producers prefer a continuous proces as it increases product quality consistency and control. Typically a continuous production line creates a product that has minimized variations in development, homogeneity and temperature. Every piece of product has to go through the continuous mixing chamber in order to be discharged. This means every piece of product has had the same mechanical treatment and age. On a batch mixing process – each batch of dough enters the make-up line at a different moment in time. As each batch of dough has a different age, it varies in product temperature and density (as a result of the proofing process). 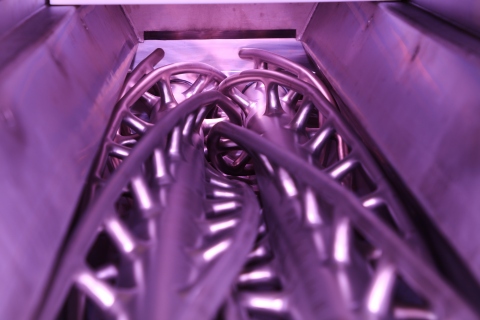 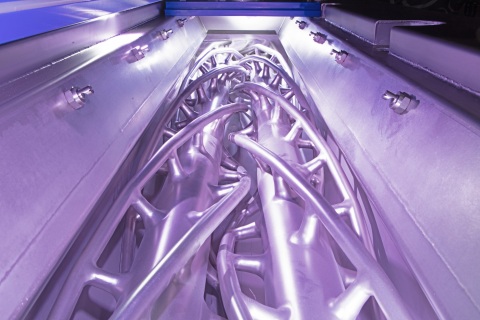 Generally, the same delivery systems can be used for both batch as well as continuous food processing (possibly pneumatic transfer from silo to receiver).

The pricing difference between a batch or continuous system depends on whether you feed your batch mixer manually or in an automated way. In case of batch mixing, the weighing of the ingredients can be done manually; saving significant costs on the short term. In case of continuous mixing, the dosing of raw materials needs to be done automatically at the mixer and requires greater automation and accuracy. As a result, the product quality is independent of the skills of the operators. Even though, the initial investment of the automated ingredient weighing might be higher on a continuous mixing system; on the long term the improved weighing technology will represent significant cost savings. Think of less waste due to more accurate weighing during packaging and minimzed labor costs.

Batch mixing is seen as the most established and traditional way of blending raw materials – simply because these mixers were available when continuous did not exist yet. The development of improved mixing, controlling and weighing resulted incontinuous mixing system that is reliable, easy-to-use and able to provide a consistent product quality. Nevertheless, Sobatech understands that organizing your production process in a new innovative way can be exciting. Therefore, Sobatech has its own testing facility allowing you to overcome possible perceived risks of changing to a new innovative type of mixing.

Curious about the optimum temperature for your production line? Make free use of our thermal calculator. Enter your details below and you can get started within 1 minute.