When the first Industrial bakeries came into being, batch mixers could satisfy the bakers needs and wants. However, as food demand grew so did the size of the food production factories and conclusively production output. As a result, newer technologies can produce larger quantities of dough (up to 12.000 kg/hr) in one and the same system. These continuous mixing systems are fully automated and require almost no manpower, have an accurate recipe control and a consistent product quality.

YOU MUST BE THINKING: ‘WHY DIDN’T WE HEAR OF THIS TECHNOLOGY SOONER’?

Batch mixing is seen as the most established and traditional way of blending raw materials – simply because these mixers were available when continuous did not exist yet. The development of improved mixing, controlling and metering resulted in continuous mixing systems that are reliable, easy-to-use and able to provide a consistent product quality.

Dosing directly at the mixer (in case of a continuous mixing proces) results in greater automation and accuracy. Therefore, it is concluded that on the short term this might results in an higher initial investment but on the long term, due to improved consistency and a higher automation grade, in a lower cost of ownership.

Creating dough in discrete batches will always introduce slight variations from batch to batch. While these seem manageable they will always lead to inconsistency over time. Trying to manage quality while chasing these variables will add to the already higher and ongoing labor cost of batch mixing. On top of the inherent variation introduced by the mixing process itself, batch mixing implies that the batch of dough will spend some amount of time waiting to be processed after being mixed.

Dough is a living entity where chemical and physical changes take place from the time water is added to the dry ingredient until the product is finished baking.  The dough will change over that period of time due to aging, environmental conditions and the interactions of the seperate ingredients.

These batch-to-batch dough variations result in varying piece weights which create inconsistencies during packaging. On a continuous mixing process there is a continuous stream of dough meaning every piece of dough has had the same fermentation process and age. This constant consistency is one of the largest benefits to continuous dough mixing and strongly contributes to the growing popularity.

In case of batch mixing, the weighing of the ingredients can be done manually; saving significant costs on the short term. In case of continuous mixing, the dosing of raw materials is done automatically at the mixer and requires greater automation and accuracy. As a result, the product quality is independent of the skills of the operators. Even though, the initial investment of the automated ingredient weighing might be higher on a continuous mixing system; on the long term the improved weighing technology will represent significant cost savings.

Sobatech understands that organizing your production process in a new innovative way can be exciting. Therefore, Sobatech has its own testing facility allowing you to overcome possible perceived risks of changing to a different type of mixing. 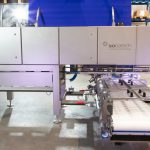 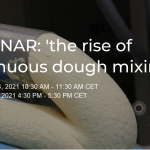 NEW WEBINAR: ‘the rise of continuous’ 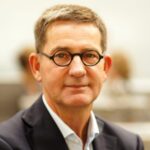 ‘An interview with our CEO’